The Loss and Gain of Gatherings 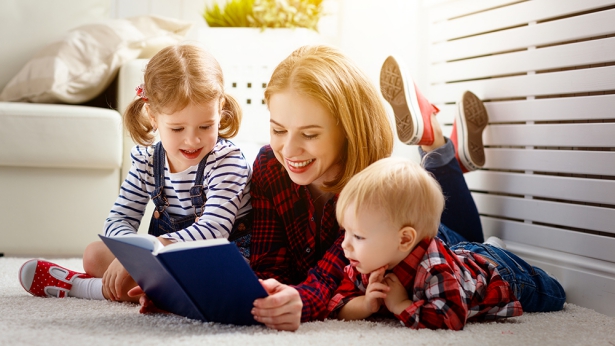 My name is Guozi, and I’m a high school student studying abroad in the USA. I was born in a Christian family, and my mother accepted the work of Almighty God in the last days when I was one year old. I remember when I was very young that my mother would always say to me: “God created heavens, earth, and everything that exists. We humans were also created by God, and God loves us more than anything. Whenever something happens to you, remember to pray to Almighty God, and He will watch over and protect you.” So when I was very young I learned that God exists, and when anything happened to me and I prayed to God, I experienced God’s protection for me. But truly having knowledge of God and God’s work was something I gradually gained in the course of attending gatherings and fellowshiping about the truth together with brothers and sisters of The Church of Almighty God and practicing entering into the word of God …

In December of 2015, my mother suggested I attend a meeting with the brothers and sisters and said, “The work of God in the last days will end right away, and if you don’t attend gatherings and don’t fellowship about the word of God together with the brothers and sisters, it will be very difficult to understand the truth if you just read the word of God by yourself. It won’t be easy to receive salvation.” At the time I thought my mother was just saying that without thinking about it, so I just agreed with her perfunctorily, but I didn’t think that she had actually contacted the church and gotten the sisters to convene a gathering with me online. When the sisters set the meeting time with me, I was really reluctant to do so. I thought that if I had to attend a gathering every single week it would eat into my free time, and there would be less time for me to go out eating, drinking, and having fun with my friends. In my heart I didn’t want to attend the gathering, and just wanted to keep my current situation the same: When something happened to me, I would pray to God, and occasionally experience God’s protection, and it would be sufficient to have God in my heart. But I was too embarrassed to directly refuse the sisters, so all I could do was reluctantly agree. But when the time of the gathering arrived, I was always trying to come up with an excuse to get out of it. Even though I attended the gathering, my heart did not become at peace, and when I prayed to God all I could do was utter some words of praise or ask God to help me have success on an exam or things like that. When fellowshiping about the word of God, I was really afraid when it would be my turn, because I had no light in my heart. I didn’t know what I should fellowship about, and all I could do was look for what I thought were some key passages and read them. Then I would explain a little about the literal meaning, like it was doing a reading comprehension. Because I didn’t have a proper attitude in dealing with the word of God and I didn’t pay careful attention in the gathering, I didn’t have any enlightenment and illumination by the Holy Spirit—I didn’t have any rewards. The more it went on like this, the more boring I thought it was. I thought: Going out to have fun with my classmates is so much better than this. Especially when I saw that I had gotten a bunch of text messages on my phone, I just couldn’t help myself from thinking about going out with my classmates and friends. I then mentioned to my mother that I didn’t want to attend the gathering, and it would be fine if I just read the word of God on my own. But my mother said, “If you don’t attend gatherings, will you consciously read the word of God? The word of God isn’t like that in the textbooks you read in school. It’s not something you can just understand by getting the literal meaning of the words; you have to fellowship about it by attending gatherings with brothers and sisters and share experiences and knowledge with each other. Only that way can you gradually understand it clearly.” I had never thought that attending gatherings was so important. Since it was able to give me more of an opportunity to read the word of God, and also to allow me to understand the truth even more, I wasn’t able to say anything else. But since I was only interested in having a good time, I would not forsake my flesh and put the truth into practice even though I understood a little bit of it. So afterward, every time I attended a gathering, I would still go through the motions of fellowshiping about the word of God then start to play with my phone and look at some gossip news, check out the newest recent TV series, and sometimes chat with my friends. In this way, every time I attended a gathering I continued to get nothing out of it. 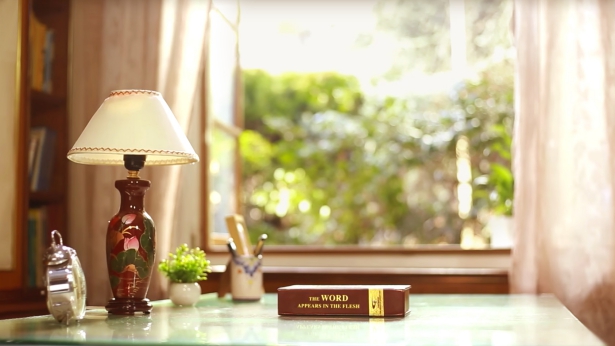 One time my mother suddenly asked me, “How have you been feeling recently about attending gatherings, do you understand what you hear? You absolutely can’t play with your phone during gatherings! Even though you attend gatherings online, and the sisters can’t see what you’re doing, God can see your words and actions all the time. If you never pay attention, God won’t ever enlighten you!” Right after that, my mother read to me a passage from the word of God: “Because in order to walk in God’s way, we cannot let go of anything to do with ourselves, or anything that happens around us, even the little things. No matter whether we think we should pay attention to it or not, as long as any matter is facing us we should not let it go. All of it should be viewed as God’s test for us. How’s this kind of attitude? If you have this kind of attitude, then it confirms one fact: Your heart fears God, and your heart is willing to shun evil. If you have this desire to satisfy God, then what you put into practice isn’t far from the standard of fearing God and shunning evil” (“How to Know God’s Disposition and the Result of His Work” in The Word Appears in the Flesh). My mother said: “Even though you think that taking a peek at something on your phone while attending a gathering isn’t very serious, this is connected to your attitude of how you treat attending gatherings as well as God. God is at our side watching our each and every move, and observing every thought we have. Have you ever thought why you always want to play with your phone during gatherings? Actually, the tricks of Satan can be found in this. It is God’s will that we understand more about the truth through attending gatherings, mature quickly in our lives, and are finally able to receive God’s salvation. But in order to make you shun God and not listen to God’s word, Satan uses the things you like to entice you, to make you unable to be at peace in your heart in the presence of God, and ultimately unable to obtain anything. When God’s work is finished, your life will be forfeited.” Hearing my mother’s words, I thought to myself: It turns out that there is some truth to be sought in something as small as this, and it even involves a person’s attitude toward God. I was a little ashamed to have been so directly nailed by what my mother said about my thoughts. Before, I always thought that in any case I was just attending gatherings online, and there was no one watching, so I started to think up ideas to satisfy my own preferences. Now I finally knew that God was seeing all of this. Thinking about this, I had a sense of guilt, and was a little disturbed—in the recent several gatherings I was always playing with my phone, and God saw it all. I was full of remorse, and I hurried to acknowledge my mistake in prayer to God. I decided that after this I wouldn’t ever play with my phone again in gatherings and would try hard in pondering the word of God. I would conscientiously listen to what the brothers and sisters fellowshiped about. In the several gatherings I attended after that, I turned my phone off and left it somewhere far away from me. I focused my attention to listening to what the sisters fellowshiped about. Even though sometimes my mind would still wander and I would be absent-minded when listening, I gained a lot from attending gatherings.

Next： Breaking Through the Fog to See the Light

Testimonies of Returning to God