How to Enter the Kingdom of God: I Found the Way 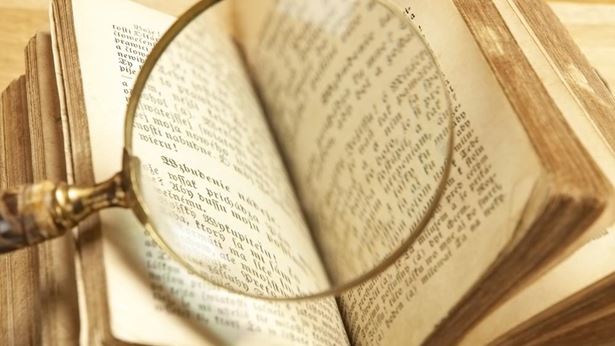 In an attempt to resolve this dilemma, I avidly consulted the Bible, going from the Old Testament to the New and from the New Testament back to the Old, reading the Bible over and over. But in the end, I could find no right answer. Out of options, all I could do was throw my effort into behaving as well as I could according to the Lord’s teachings, for the Lord said: “[T]he kingdom of heaven suffers violence, and the violent take it by force” (Matthew 11:12). But I discovered that in real life, no matter how hard I tried, I still couldn’t live up to what the Lord required of me. Just as the Lord said: “You shall love the Lord your God with all your heart, and with all your soul, and with all your mind. This is the first and great commandment. And the second is like to it, You shall love your neighbor as yourself” (Matthew 22:37–39). The Lord requires that we love God with all our hearts and minds, and that brothers and sisters love each other. But no matter what I did, I just couldn’t achieve this kind of love, because my love for my family was greater than my love for the Lord, and I just wasn’t capable of truly loving my brothers and sisters in the church as I loved myself. On the contrary, I was often petty and calculating with others when my own interests were involved, so much so that resentment would be aroused within me. How could someone like me ever be saved and get into the kingdom of heaven? The Lord Jesus also said many things about getting into the kingdom of heaven, such as: “Truly I say to you, Except you be converted, and become as little children, you shall not enter into the kingdom of heaven” (Matthew 18:3). “For I say to you, That except your righteousness shall exceed the righteousness of the scribes and Pharisees, you shall in no case enter into the kingdom of heaven” (Matthew 5:20). I was unable to put any of these requirements of the Lord into practice. I would often tell lies, and would blame the Lord whenever I encountered something that wasn’t to my liking. My thoughts contained deceit and dishonesty, and I was constantly languishing in sin, sinning and repenting, repenting and sinning, over and over again. The Lord is holy, and in the Bible it states: “[H]oliness, without which no man shall see the Lord” (Hebrews 12:14). How could someone as utterly filthy as me ever be fit to enter the kingdom of heaven? This was very vexing for me. But whenever I read about the way of justification by faith as espoused by Paul in Romans, Galatians, and Ephesians—that to have faith and be baptized means that one is certainly saved, that if we believe in the Lord in our hearts and acknowledge Him with our mouths, then we are justified by faith, forever saved, and that when the Lord comes again He will surely raise us up into the kingdom of heaven—I would feel overwhelmed with joy. I would feel that I need not worry about getting into the kingdom of heaven. But then I would remember what the Lord said about people only being able to get into the kingdom of heaven through their own efforts, and I would feel uneasy. To be justified by faith and then to get into the kingdom of heaven—could it really be that simple? Especially when I saw old pious believers nearing the end of their lives and appearing restless and worried, so much so that they would even weep copiously and not one of them seemed happy to go, I couldn’t help but wonder: If they say that they can get into the kingdom of heaven through justification by faith alone, why then do they look so terrified on their deathbeds? It seemed as though they themselves had no idea whether they’d been saved or not, nor where they would be going after death. I pondered the Lord Jesus’ words over and over, and I contemplated Paul’s words, too, and discovered that the words of Jesus and the words of Paul differed greatly on the matter of who could get into the kingdom of heaven. According to Paul, a person is justified by faith simply by believing in the Lord—if that were the case, then everyone would be saved. So then why did the Lord Jesus say, “Again, the kingdom of heaven is like to a net, that was cast into the sea, and gathered of every kind: Which, when it was full, they drew to shore, and sat down, and gathered the good into vessels, but cast the bad away” (Matthew 13:47–48)? Why, when the Lord returns in the last days, does He need to separate the wheat from the tares, the sheep from the goats, and the good servants from the evil servants? From these words spoken by the Lord Jesus, it is clear that not everyone who believes in Him can get into the kingdom of heaven. So I wondered: Am I saved? And will I be able to get into the kingdom of heaven when I die? These questions still lingered in my mind like riddles, and I was at a loss to answer them. 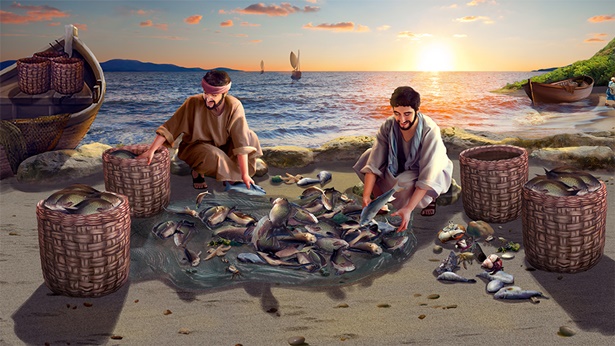 In an effort to resolve this problem, I consulted works written by well-known spiritual personages throughout the ages, but most of what I read were interpretations of justification by faith as it appears in Romans, Galatians and Ephesians, and not one of those books could dispel my confusion. I then paid visits to all the well-known elders in the Lord and attended gatherings of many different denominations, but found that they all said pretty much the same things, and no one could clearly explain to me the mystery of how to get into the kingdom of heaven. Later, I found a new up-and-coming foreign denomination, and I thought to myself that this kind of church would perhaps be able to shed some new light. And so, in high spirits, I went to attend one of their gatherings. At the beginning of their sermon I found it to be somewhat illuminating, but by the end, I found that they too were preaching the way of justification by faith, and I felt crushed with disappointment. After the gathering, I sought out the head pastor, and asked, “Pastor, I’m afraid I didn’t understand when you said, ‘Once saved, always saved.’ Can you share more fellowship with me on this?” The pastor said, “This is a very easy thing to understand. It says in Romans, ‘Who shall lay any thing to the charge of God’s elect? It is God that justifies. Who is he that condemns?’ (Romans 8:33–34). The Lord Jesus Christ has already absolved us of all our sins by being crucified upon the cross. That is to say, all of our sins, whether they be the sins we’ve committed in the past, the sins we commit today, or the sins we have yet to commit in the future, are all forgiven. We are forever justified by faith in Christ, and if the Lord doesn’t condemn us for our sins, who would possibly accuse us? Therefore, we must not lose faith in getting into the kingdom of heaven.” The pastor’s reply confused me even more, so I followed up by asking, “How do you explain what is written in Hebrews, ‘For if we sin willfully after that we have received the knowledge of the truth, there remains no more sacrifice for sins’ (Hebrews 10:26)?” The pastor’s face reddened and he said no more, and my question was left unanswered. Not only had this gathering failed to resolve my confusion, but instead, it had increased my vexation. I thought to myself: “I’ve believed in the Lord for decades, but if I’m not even clear on whether or not my soul will go to the Lord when I die, doesn’t that mean that I’ve had a muddled sort of faith all my life?” I then embarked on the path of searching absolutely everywhere for the answer to my problem.

In March 2000, I went to study at a seminary run by foreigners, confident that the sermons preached by foreigners would be superior and that they would surely resolve my confusion. To my surprise, however, after studying there for two months, during which time I was bursting with faith, I discovered that the pastors all preached the same old things, and there was no new light in their sermons at all. While there, I didn’t hear about a single life-giving sermon, nor did I read even one spiritual essay. Not only had my confusion not been dispelled, but instead my time there only left me feeling even more flustered. I couldn’t help but feel confused, and I thought: “I’ve been here for more than two months, but what have I gained? If I can’t gain provision here, then what’s the point in continuing with these studies?” 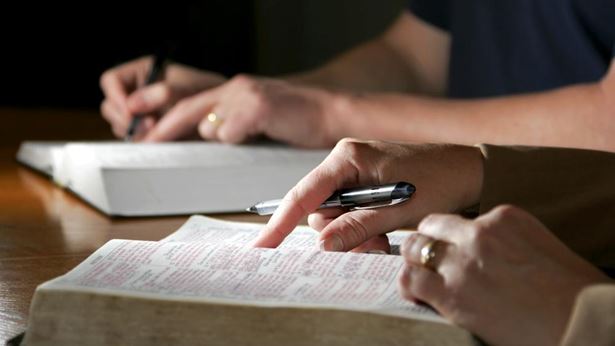 One evening after dinner, I asked a pastor, “Pastor, as students of theology, is this all we study? Can we not talk about the way of life?” The pastor replied very solemnly, “If we don’t discuss these things in our theological studies, then what should we talk about? Just relax and keep studying! We are the largest religious organization in the world and we are internationally recognized. We’ll train you here for three years and then you’ll be internationally certified as a pastor. When that time comes, you can take that certificate anywhere in the world to preach the gospel and establish churches.” The pastor’s response was really disappointing for me. I didn’t want to be a pastor, I just wanted to know how to get into the kingdom of heaven. And so I asked him, “Pastor, seeing as having a pastor’s certificate unlocks so many doors, will I be able to use it to get into the kingdom of heaven?” Upon hearing this, the pastor fell silent. I went on. “Pastor, I heard that you’ve believed in the Lord since you were a boy. It’s now been many decades, so I wonder, have you been saved?” He replied, “Yes, I have.” I asked, “So will you be able to get into the kingdom of heaven?” Self-assuredly, he said, “Of course I will!” I then asked, “May I ask then, what’s your basis for saying that you’ll be able to get into the kingdom of heaven? Are you a more righteous man than the scribes and Pharisees were? Do you love your neighbors as you love yourself? Are you holy? Think about it: We still can’t help but sin all the time and go against the Lord’s teachings, and we live every day in the state of sinning by day and confessing by night. God is holy, so do you really think we’ll be able to get into the kingdom of heaven when we are so full of sin?” The pastor was stumped and his face turned beet red, and he didn’t utter another word for quite a while. I found his reaction very disappointing, and I felt that if I continued my studies there I would not be able to understand the mystery of how to gain life and enter into the kingdom of heaven. And so, I left my studies at the seminary behind and went back to my hometown.

Previous：The Riddle of the Trinity Revealed

Next：Where Will the Lord Jesus Return? I Find the Answer