Spiritually Parched, She Finally Drinks From the River of Life (Part 1)

I was born into a family of Christians—I’m the third generation of believers. I’ve gone to church to worship the Lord with my family ever since I was little, and after growing up I took on positions of service in the church like deacon, exhorter, and accountant. Throughout my entire 70-year journey, I have always looked to the Lord. 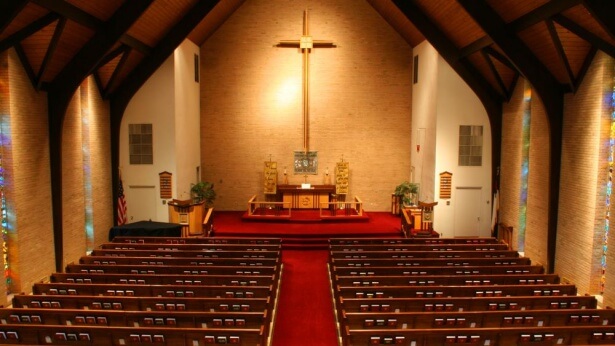 In 2013, I realized that the church was becoming more and more desolate. The pastors and elders were always speaking in platitudes in their sermons; there was no new light, and listening to them wasn’t resolving any practical difficulties for us. When we encountered issues, we still couldn’t find a path to take. They frequently spoke of their personal experiences that brought them to work for the Lord, about how much they’d suffered and what a great price they’d paid. I got sick of hearing it. Plus other brothers and sisters were all spiritually weak and their faith had become tepid. Even though the pastors and elders tried some things to revive the church, like organizing outings for believers and summer camps, it was just a moment of fun and after the fact, everyone’s spiritual condition went right back to where it had been—negative and weak. I also noticed that at every service, when those who served the church as elders and exhorters offered up prayers on others’ behalf, they always prayed according to templates that had already been written out. I felt that true prayer should be speaking with the Lord from the heart, even if it was just a few words. That’s because the Lord said, “God is a Spirit: and they that worship Him must worship Him in spirit and in truth” (John 4:24). Their prayers, just reciting prayers that had already been written, were not true prayers and they certainly couldn’t bring the Lord joy. When the church leaders were filling the deacon positions, they didn’t select people who were of good behavior, vigilant, faithful in all things, and not greedy as is required in the Scripture (see 1 Timothy 3:1–11). Instead, they appointed people who contributed more in offerings and displayed enthusiasm. The church leaders’ behavior ran contrary to the Lord’s teachings at every turn; they led the congregation entirely according to their own personal doctrine. I saw no leadership from the Lord within that kind of church, I could not feel the work of the Holy Spirit, and I couldn’t gain any true sustenance in my life. I felt really despondent, and that nothing could be gained by worshiping God within a church like that. I ended up parting ways with that church in May 2013.

After leaving I found that, since my life had been entirely revolving around the church, I had lost my footing for life in the outside world. I didn’t know where to go or what to do—I felt lost and helpless. In an effort to find a place that was in line with the Lord’s teachings and could give me sustenance in life, I started going online to listen to famous pastors’ sermons, both from South Korea and abroad. I passed three months this way. I also got in touch with a missionary from my previous church who had started her own church after graduating from divinity school, but after a period of time that church had become so desolate that she was its only remaining member. At the time, I was listening to online sermons and having gatherings with her, but whether it was that pastor who had graduated from divinity school or the famous pastors from across the world, I couldn’t find any enjoyment in their sermons. My spiritual life remained devoid of sustenance, so I kept on searching for a church with the Holy Spirit’s work.

Three months later I made contact with another church. All of their pastors were leading upright lives of poverty and the church members seemed to have faith. I felt that their teachings were in line with the Bible, so I started to attend a number of their activities and took on the position of accountant for one of their small groups. But after a period of time I discovered that at the beginning and end of every service, they’d always pray in tongues, and they considered speaking in tongues to be the only evidence of having the work of the Holy Spirit and having been saved. But I didn’t agree at all, because it says in the Bible, in Galatians 5:22–23, “But the fruit of the Spirit is love, joy, peace, long-suffering, gentleness, goodness, faith, Meekness, temperance.” My understanding of the Scripture was that understanding God’s words and yielding the nine fruits of the Holy Spirit in your life was pure faith, and only that was evidence of having the work of the Holy Spirit. And in services, the pastors were always preaching over and over about really old things without any kind of new light. Most of the people in the congregation would nod off during service. They were just going through the motions. I couldn’t see any of the joy that people should have in worshiping the Lord, and most people were in a negative, downcast state. Seeing these services conducted in such a sloppy manner, I thought to myself, “Could the Lord rejoice seeing people just go through the motions in service? Would He be happy? In service, is the Lord really still with us?” That then brought to mind this from the Book of Revelation: “And to the angel of the church of the Laodiceans write; … I know your works, that you are neither cold nor hot: I would you were cold or hot. So then because you are lukewarm, and neither cold nor hot, I will spew you out of My mouth. Because you say, I am rich, and increased with goods, and have need of nothing; and know not that you are wretched, and miserable, and poor, and blind, and naked” (Revelation 3:14, 15–17). Wasn’t the condition of that church just like the church of the Laodiceans? The pastors always preached about the same old things, the Lord’s presence and blessings were absent from gatherings, but they were full of rituals and rules. The brothers and sisters were neither cold nor hot, so wouldn’t they be spit out of the Lord’s mouth just like lukewarm water? Wouldn’t that mean we’d be discarded by the Lord? I realized that that church couldn’t meet my spiritual needs either; this left me feeling empty and helpless. Looking back on it, I saw that every single one of the churches I had passed through had been the same. Everyone was keeping up appearances, going to services, but they completely lacked the work and the guidance of the Holy Spirit. I was really in pain. My only hope at that time was that the Lord would return soon so that I could gain some life sustenance. I also frequently prayed to the Lord: “Oh Lord! When will You return?” 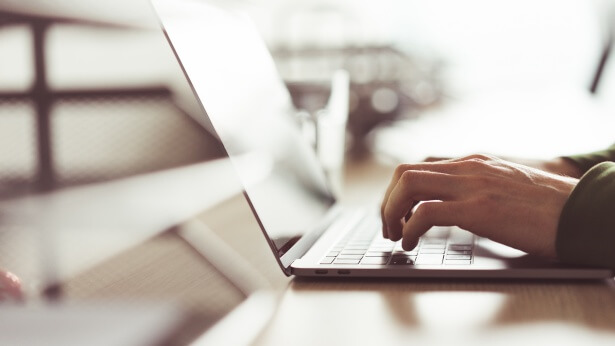 I became more anxious after that, constantly looking around online. Every chance I got I’d search for terms like “God’s voice” and “God’s footsteps” that refer to God’s appearance. I hoped to find something about the Lord’s return, to find a church that could help me find sustenance in my life. Then the morning of January 27, 2016, I didn’t know what I had searched for, but when I played a video, I heard these astonishing words: “My kingdom is coming into shape above the whole universe, and My throne holds sway in the hearts of hundreds of millions of people. With the angels’ assistance, My great accomplishment will soon be brought to fruition. All My sons and My people await My return with bated breath, longing for Me to reunite with them, never to be separated again. How could the multitudinous populace of My kingdom not race toward one another in joyful celebration because of My being together with them? Can this be a reunion for which no price need be paid? I am honorable in all men’s eyes, I am proclaimed in the words of all. When I return, I will conquer all enemy forces even more” (“Chapter 27” of God’s Words to the Entire Universe in The Word Appears in the Flesh). Even though I couldn’t understand everything in it, it said that God’s kingdom would take form across the entire universe, that God’s people would return before Him, and that the forces of Satan would be conquered by God. I really felt that all of this contained the authority and power of God Himself, and that these weren’t words that any human could utter. I pricked up my ears and listened attentively. It was pretty cold, so at first I was lying down with a blanket over me, but as I went on listening I just automatically rose up and kneeled to hear the rest. I then heard this in the video: “The time has come! I will put My work in motion, I will reign as King among men! I am on the point of return! And I am about to depart! This is what everyone is hoping for, it is what they wish. I shall let the whole of humanity see the arrival of My day, and let them welcome the coming of My day with joy!” (“Chapter 27” of God’s Words to the Entire Universe in The Word Appears in the Flesh) The more I heard, the more I felt how authoritative these words were, and I urgently wondered, “Where on earth did these words come from?” At the end of the video I saw this text: “from The Word Appears in the Flesh.” I immediately called two Christian bookstores to see if they had that book, but both said they didn’t. Just as I was feeling disappointed, I saw that below the video there was a contact number, which I immediately called. A sister answered the phone, and through our conversation I learned that it’s not a book that can be bought with money. I felt that the words I had heard were incredibly valuable, so I told her that I absolutely wanted a copy of the book. We then set up a time to meet.

Previous：Spiritually Parched, She Finally Drinks From the River of Life (Part 2)

Next：That Was Close! I Nearly Let the Lord Pass Me By (Part 2)