Emerging From the Haze

Ten years ago, while I was serving as a church leader, I always worked as I wished and acted recklessly due to my arrogant nature, and this led me to a serious violation of the work arrangements, I interrupted and disturbed the church’s work and aggravated God’s disposition. I was therefore replaced and sent home to do spiritual devotions and reflect on myself. After some time spent in self-reflection, I came to have some true knowledge of my arrogant nature, but because I had no knowledge of God’s work to save man and the essence of God’s faithfulness, I was constantly constrained by my past transgressions, and I thought that God would not save or perfect such a person as me. This cast a shadow on me that I could not remove. Later, the church arranged for me to take responsibility for the gospel work. When I heard this news, misgivings arose in my heart about God, and I thought: “I am so corrupted and have also offended God’s disposition, how can the church make me responsible for such important work? Is it that God wants to expose me using this duty, and then eliminate me?” But then I thought: “Since the church has made such an arrangement, it must be God giving me a chance to make up for my past transgressions. No matter what happens, I must cherish this opportunity, even if I have to become a service-doer.” From then on, I fulfilled my duty with this negative and guarded mindset. Although I appeared to be fulfilling my duties earnestly and diligently, I didn’t have the courage to seek the higher goal of being made perfect by God.

Once, when I was practicing spiritual devotion, I saw these words of God: “Today, you cannot only be content with how you are conquered, but must also consider the path that you will walk in the future. You must have aspirations and the courage to be made perfect, and should not always think yourself incapable. Does the truth have favorites? Can the truth deliberately oppose people? If you pursue the truth, can it overwhelm you? If you stand firm for justice, will it knock you down? If it is truly your aspiration to pursue life, can life elude you? If you are without the truth, that is not because the truth ignores you, but because you stay away from the truth; if you cannot stand fast for justice, that is not because there is something wrong with justice, but because you believe it is out of line with the facts; if you have not gained life after pursuing it for many years, that is not because life has no conscience toward you, but because you have no conscience toward life, and have driven away life…. If you do not pursue, then it can only be said that you are worthless trash, and have no courage in your life, and do not have the spirit to resist the forces of darkness. You are too weak! You are unable to escape the forces of Satan that lay siege to you, and are only willing to lead this kind of safe and secure life and die in ignorance. What you should achieve is your pursuit of being conquered; this is your bounden duty. If you are content to be conquered, then you drive out the existence of the light” (“The Experiences of Peter: His Knowledge of Chastisement and Judgment” in The Word Appears in the Flesh). After reading this passage of God’s words, I was very moved inside. I saw that God’s intention is to allow people to seek being perfected and being fit for use by God. No matter what transgressions people had committed in the past, as long as they can sincerely repent to God, pursue the truth and put the truth into practice, then they have a chance to be perfected by God. I then made up my mind: I am going to put away my own apprehensions and doubt and no longer be negative and passive. I will believe in God’s words and strive to be perfected by God. 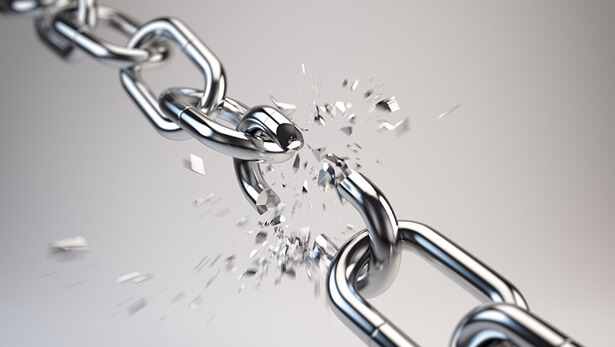 But because I still revealed some corrupt dispositions while doing my duty due to deep corruption by Satan, and because I did not know the essence of God’s faithfulness, gradually I began to not believe in God’s words again. I kept remembering how I’d once offended God’s disposition, and how I always couldn’t help but reveal my corrupt disposition while fulfilling my duty. I thought that I could never be perfected no matter how much I pursued, and I should be content with just being a service-doer. I always thought that God’s words were aimed at other people, and could merely provide a bit of comfort and encouragement for someone like me. Unwittingly, I started living in passiveness again. One day, I saw the following words of God: “The essence of God is faithful; He does what He says, and whatever He does is achieved” (“The Second Aspect of the Significance of the Incarnation” in Records of Christ’s Talks). God’s words were like a beam of light that illuminated my heart all at once: Yes! God’s essence is faithful; God means what He says, and what He means shall be accomplished, and what He accomplishes shall last forever. In the beginning, all created things were established through God’s words. Whatever God says, happens. But I thought that God’s words were just for comforting and encouraging people, and that the facts would probably not be accomplished in the way God said. And I thought that God’s words were aimed at other people, not at me. Wasn’t I denying God’s words and denying His faithfulness? I then again remembered that passage of God’s words I used to read: “If it is truly your aspiration to pursue life, can life elude you? If you are without the truth, that is not because the truth ignores you, but because you stay away from the truth; if you cannot stand fast for justice, that is not because there is something wrong with justice, but because you believe it is out of line with the facts; if you have not gained life after pursuing it for many years, that is not because life has no conscience toward you, but because you have no conscience toward life, and have driven away life….” At that moment, I felt the sincerity and earnestness of God’s words, and they were imbued with God’s faithfulness and His boundless love for man. I saw that God is so noble and great. And I also saw my own lowliness and narrow-mindedness. God’s intention is the limitless salvation of mankind. This is determined by God’s disposition and substance and is unchangeable. As long as people pursue the truth and dispositional change in accordance with God’s requirements, God shall make them complete, because what God says He shall do, and what He does shall be done! And what had my attitude toward God and toward His words been? When I had offended God’s disposition and fallen into darkness, I didn’t try to examine or know my own corrupt essence or seek the truth to resolve my corrupt disposition. Instead, I lived in a state of guarding against and misunderstanding God, believing that God would surely not save me, and I lost the motivation to pursue the truth. When the church arranged for me to take responsibility for the gospel work, I didn’t think about how to seek the principles of the truth or how to perform my duty in order to achieve better results. On the contrary, I suspected God of using me, of using this situation to thoroughly expose me and eliminate me. This led me to become negative and slack off in my duty, and to treat God’s commission lightly. I regarded God to be as evil as man and believed that God is as petty and mean as man is, and that He gets rid of people as soon as they’ve served their purpose, as man does. I believed that God will eliminate people as soon as they finish rendering service to Him. I realized that I did not know God at all nor treat God’s word as the truth, and moreover did not genuinely and positively believe in God. Instead, I lived in the imagination and notions, was full of suspicions and guardedness toward God, which led me to be negative and passive and cowardly yield to dark influences. I was unable to suffer and pay the price for gaining truths. It was then that I truly appreciated that pursuing knowledge of God’s essence is just so important. If I had paid attention to pursuing knowledge of God’s disposition and essence before, I wouldn’t have spent so many years stagnating, delaying the progression of my own life.

I give thanks to God for untying the knot in my heart. Years of misunderstandings, misgivings and apprehension all disappeared in a flash under the guidance of God’s words. I felt a huge sense of relief, and my heart felt light and free. I prostrated myself before God and offered up a prayer: Thank You, Almighty God! It is You who cared for me and enlightened and guided me to get rid of the shackles that had bound me for so many years. In the past, because I did not know You, I often lived in misunderstanding, and I even doubted Your word. I did not treat Your word as the truth, the way and the life, and moreover I did not treat You as God. But You still tolerated me, were patient toward me, and enlightened and illuminated me, so that I would have some knowledge of Your faithful essence and righteous disposition. O God! Your love is so real! From now on I will put an enormous effort into the truth, pursue knowledge of Your essence, and seek dispositional change soon so I can be perfected by You and repay Your love.